From the lads of Manchester to the gentlemen of London, the Brits do know how to deal with hairstyles, don’t they? When it comes to grooming, from pompadours to wavy cuts, the barbers really know about their stuff and while there are a lot of inspirations everywhere, here are some iconic British celebrities with the iconic hairstyle they perfected you might wanna try yourself. 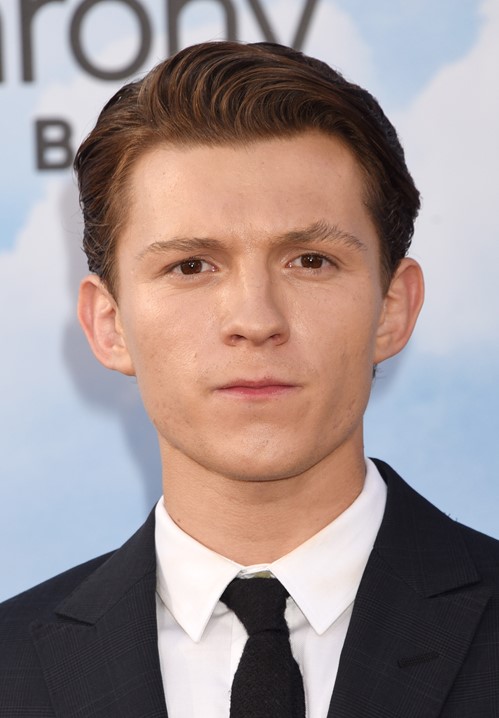 Best known as Spider-Man, born in Kingston-upon-Thames, Surrey, Tom Holland knocks us off with a Pompadour, a decent parted hairstyle with brushed one side while keeping it neat and contemporary, maintaining a classy and vintage look. Whether a family gathering, friends hangouts or script-reading, don’t this style slay anywhere? 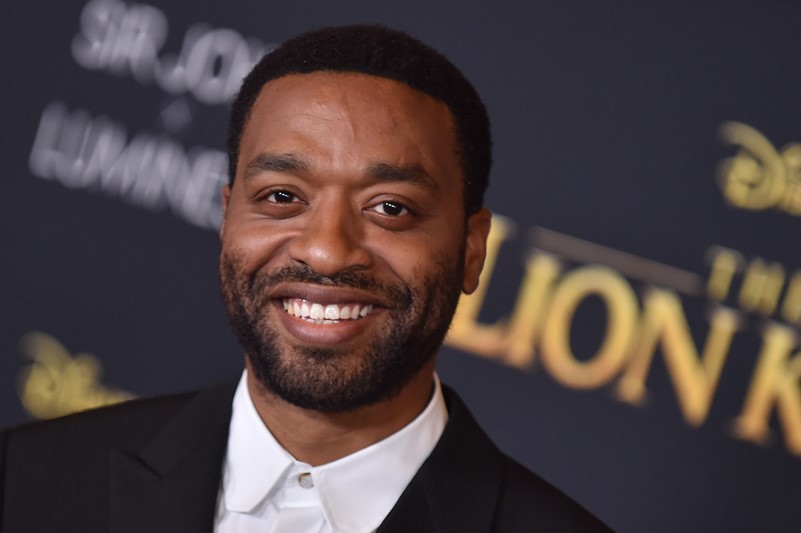 If we are to talk about clean cropped afro and a neat beard, Chiwetel Ejiofor really is the top of mind. A classic style to look effortlessly amazing on red carpets. Chiwetel Ejiofor played Baron Mordo in a famous Marvel movie Dr. Strange and for a guy who enters event halls for most times, I’d give a thumbs up to his barber for this simple yet beautiful fuss-free hairstyle. 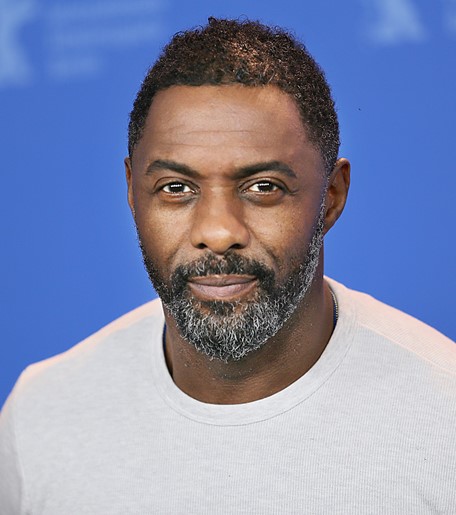 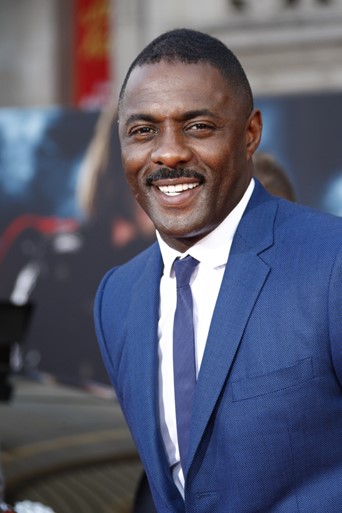 An English actor, musician and producer famous for his roles in Stringer Bell in the HBO series The Wire, DCI John Luther in the BBC One series Luther, and Nelson Mandela in the biographical film Mandela: Long Walk to Freedom. He also plays Heimdall in a number of MCU movies.

A very subtle grooming style, isn’t it? While not all can pull off a full beard very easily, Idris Elba can go from fuller beard to clean slate shaved beard matched with a higher fade up hair, a dashing combination, indeed! 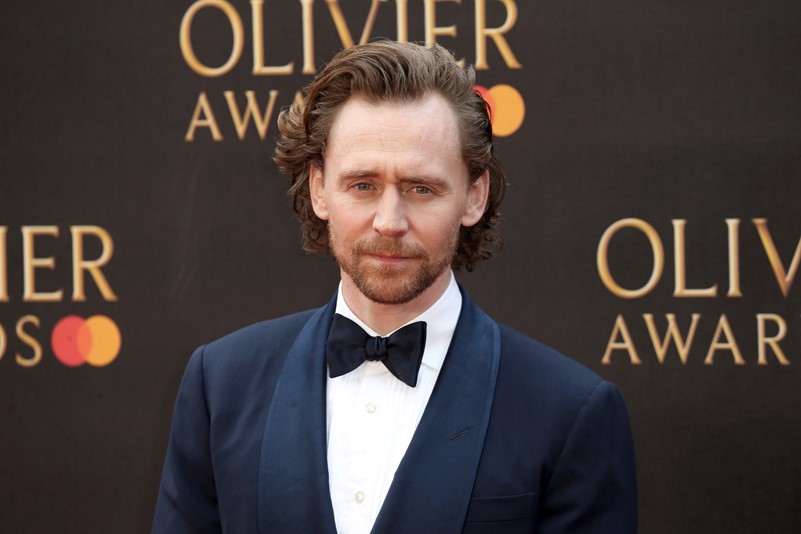 Popular for his character as Loki in Marvel Cinematic Universe (MCU). Tom Hiddleston is an English actor from Westminster, London, United Kingdom. Whilst long wavy hair is a tad less common style to men who prefers to keep their hair off their shoulders, long and curly hair is one head turner that is. You’d know what I am talking about if you had tried this hairstyle before! 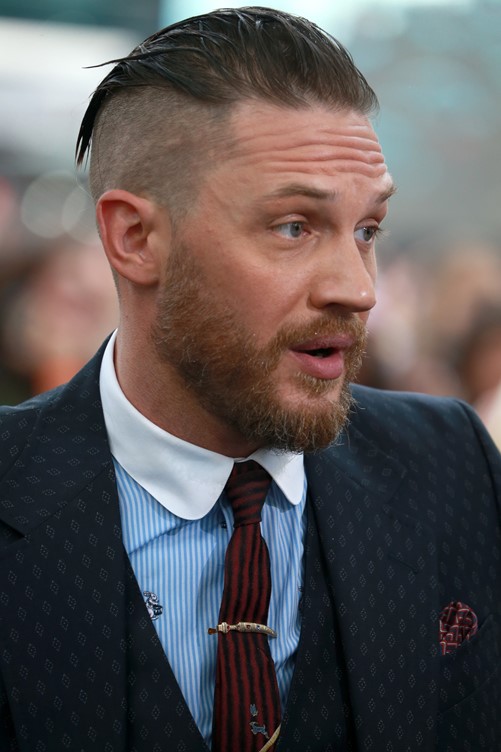 If you fancy yourself a Tom Hardy, who needs no search on Google to know who is, then you must try a long, slick back top with an undercut, an effortless cool style of hair combed with a brush backwards before applying pomade. His beard’s style is also worth a steal innit? A slightly disheveled look ain’t such a bad idea. Grow your mustache and goatee and embrace the grays and thinning from here and there for a total Tom Hardy look! 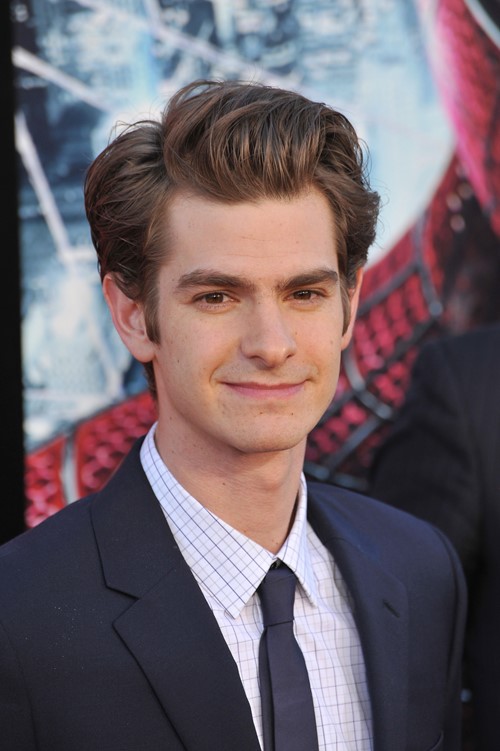 The Amazing Spider-Man with various accolades like Tony Award, a British Academy Television Award and a Golden Globe Award whose hair has always been so proper and stylish without even trying. Known for his preppy cut that suits any occasion however style he wishes, at times a brush up, a curl, side part or whichever fits the instance; making him look so much younger. His barber deserves a raise! 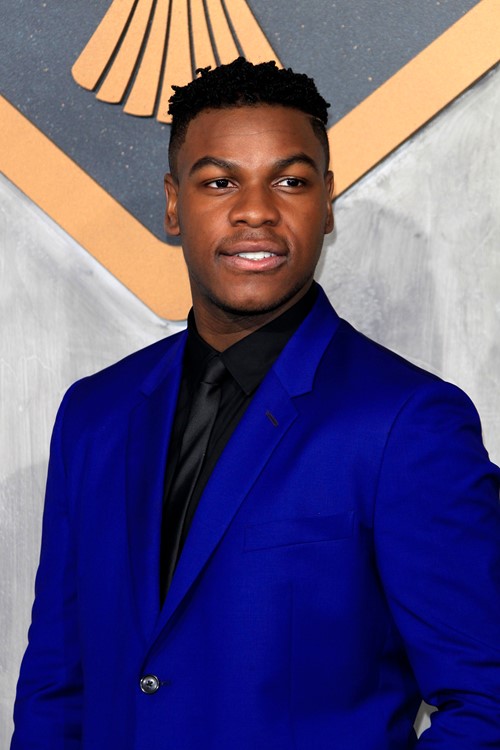 The youngest among this list was born on March 17th, 1992, in Peckham London. You know him as Finn from Star Wars: Episode VII - The Force Awakens. Boyega may struggle with a lot of things but a boring haircut ain’t never gonna be one of it. He can go from a military cut with a tight sides and a smooth top, to adding a bold straight line on the side, to an afro with fade on the side. Kudos to his barber salon for inventing the Boyega look! 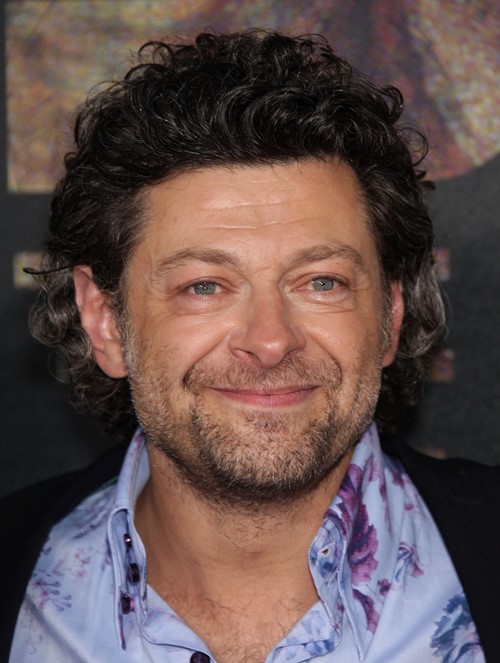 A naturally curly hair man, Andrew Serkis has proved that curly hair need not to be boring. His curly hair nature has done many European hairstyles after decades of actorship, be it a wavy curl style, textured waves, curl hair with mullet or with quiff. Popular for his versatility in his roles on screen in which attributes he also applied to his hairstyle.

Have you found a new hairstyle for you from these famous celebrities? Getting a haircut, wet shave or a beard trim need not to be outside your home. Get Groomed offers barber services (from hairstyles to restyle, clippers only, beard styling, wet shave and many more) at your home, office or hotel room from London to West Midlands, Kent, Guildford to Manchester.

Classic Hairstyles that will Never Go Out of Style for Men

5 Looks You Can Copy From Famous Football Players in 2022